a barbecue of regrets 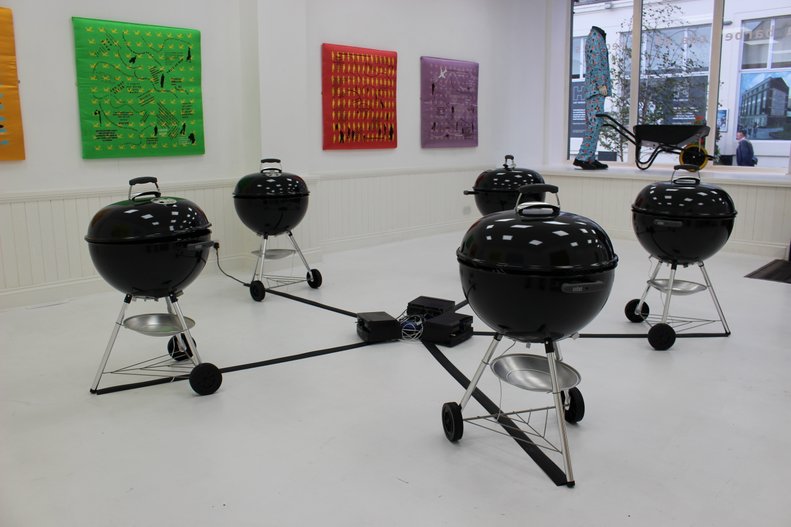 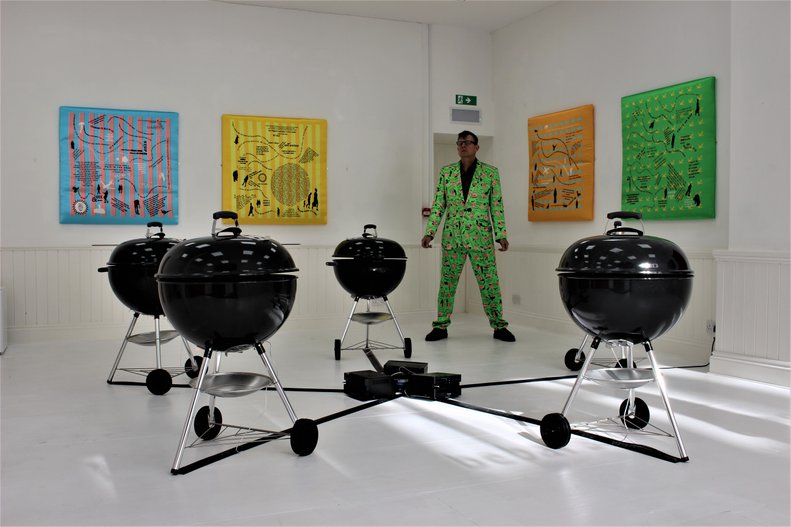 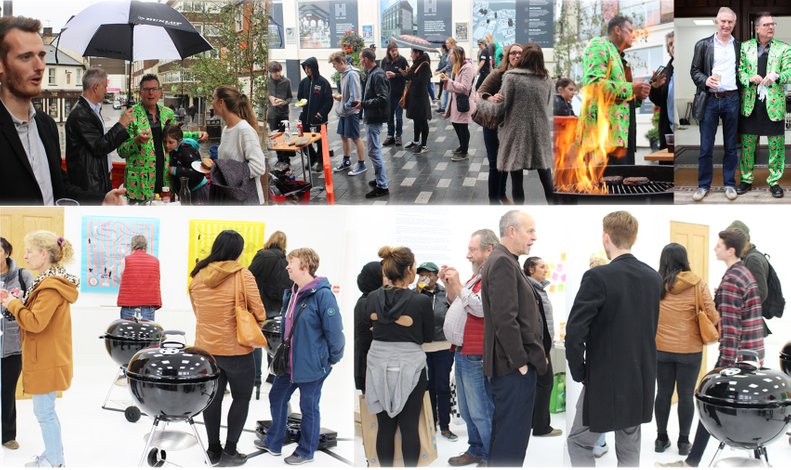 A 'barbecue of regrets' was a project which involved collecting dialogue around personal, societal or other regret from people in Luton through a series of incidental conversations.  Over 7 days in 2018, I wore a text covered ‘Conversation Suit’ and walked around with a wheelbarrow full of charcoal briquettes.   As conversation struck  up, I explained the project and invited them to share a regret which was then written down on a post it note. The regrets were not attributed to individuals, but collectively belonged to an incidentally encountered community.

Using the harvested regrets I developed a series of wall based works. I  also created sound sculptures in collaboration with Julian Woodcock using recorded voices and 5 dome shaped barbecues to form a sound collage. The audio work will  be broadcast online.

At the exhibition opening in September. There was an interactive barbecue event where the original hand written regrets were burned in the process. The sharing of regrets via writing and their subsequent conversation to smoke vapour acted as a playful uplifting collective catharsis. Symbolically letting go of regrets and simply getting it out there.

A barbecue of regrets was supported using public funding by the National Lottery  through Arts Council England. It was curated by Matthew Shaul  'Departure Lounge' in association with 'As You Change So Do I' for Luton Culture. The exhibition closed with a performance collaboration between Tom Hackett and Julian Woodcock, called 'A song for Luton' 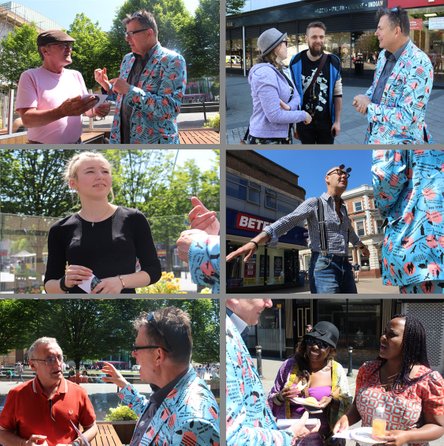