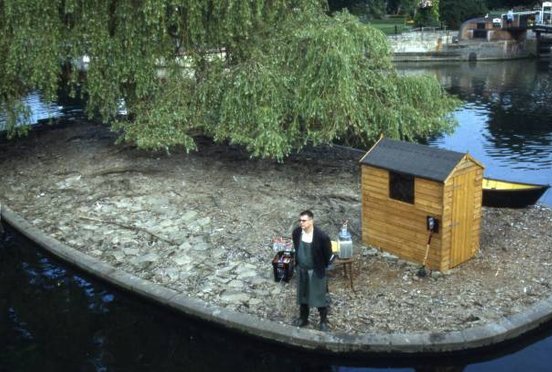 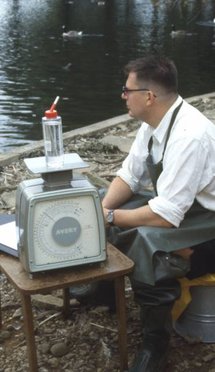 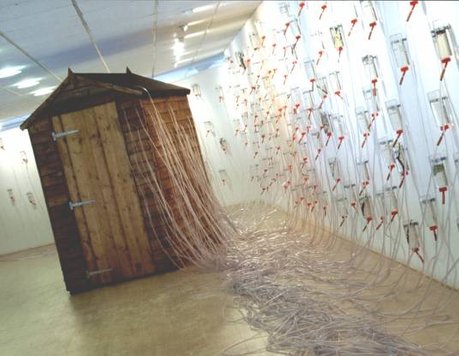 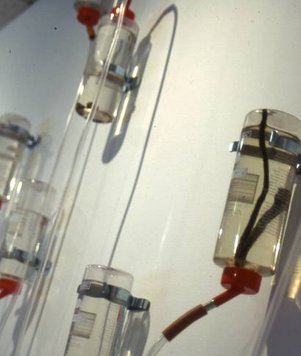 192 pet feeding bottles are filled with river water from the river avon using an adapted shovel which was dug into the river at regular timings over a weekend occupation of an un-named river island. During the live action Hackett weighed and recorded the bottles to encode a functional 'work' aesthetic and a quasi scientific sampling in order to build a mythical assumed role among the speculating viewing public from the adjacent footbridge.

The work was subsequently installed in the gallery at Stratford. The Garden shed was connected up to 192 pet feeding bottles via 4000ft of clear capillary tubing to present an elaborate feeding system of River water. Notions of work and recreational escape are examined via the action and resultant installation.

commissioned and curated by Annael Lucas