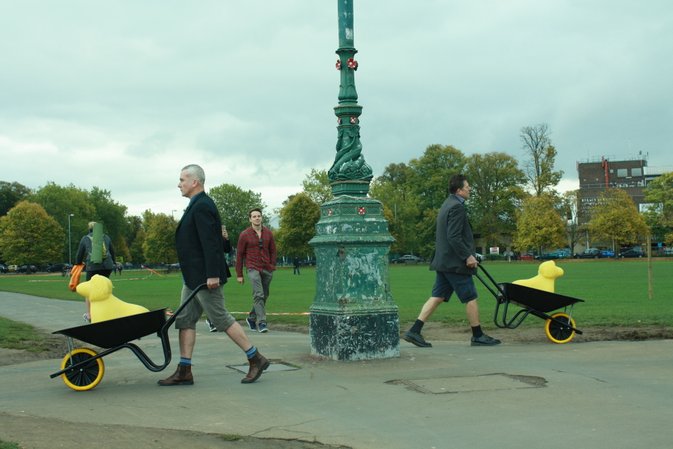 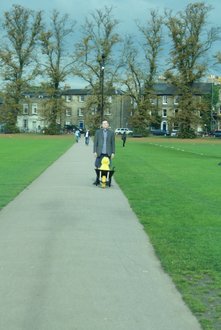 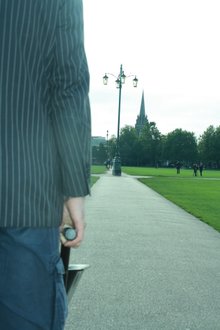 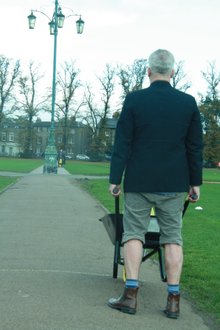 a process of walking towards one another, standing, staring, passing by without acknowledgement and repeating the action. Going to and from to the centre point of the park known as reality checkpoint, using the format of a 'western'  stand off, without flash point or climax. the work explored  anticipation as a structure pre-empting a classic planned art encounter or visit. offering incidental interuption as an alternative, curious and hopefully less predictable meeting of art and the everyday. 100 yard stare was deliberately non interactive as a playful counterpoint to the primary dialogical function of the dogs barrows in shaggy dog stories. 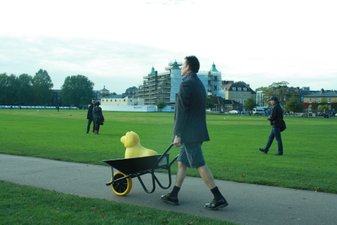 A collaboration with Julian Woodcock

A football net was set up. Taking it in turns, Julian or myself either sat on a stool in the goal mouth, or took a series of 5 penalty kicks, in line with Fifa regulations. Prior to each kick the goalie read two sets of comparative quantitative data as if announcing football scores through a megaphone. These varied from the actual, i.e. the price of consumer items, Property prices, life expectancy per nation, Artist’s sale prices , wage comparisons. To the less concrete i.e. A value given to a walk by the river versus climbing a hill, an overhead cloud versus a cheesecake, a power ballad versus a disco classic, A pylon versus a cooling tower. The penalty taker then blew a whistle and took a shot at goal. The Goalie did not attempt to save, but remained still. Each quarter of the game the goalposts rotated via a central chord stretching between the goal and a canvas penalty spot.90 degrees around the clock. At close of play the comparative data facts and the stool remained as objects forming part of the wider exhibition.

The work explores the place of data in our society with a mix of scepticism and reflection where to quote Abba ‘The winner takes it all’ in an increasingly polarized world. It also challenges the myth that artists don’t do sport.

Quantitative data comparion site was part of the SHOWTIME symposium at Art. Language.Location 2016 in Cambridge. 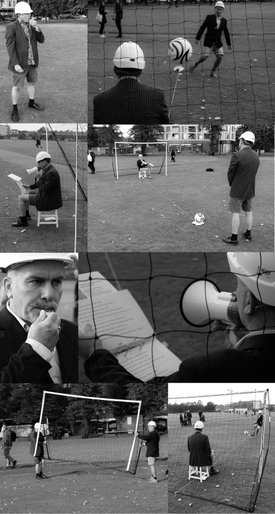 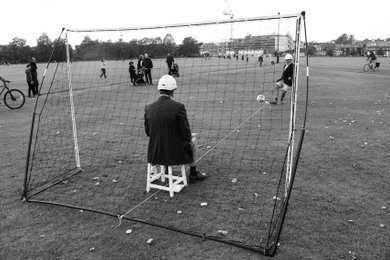