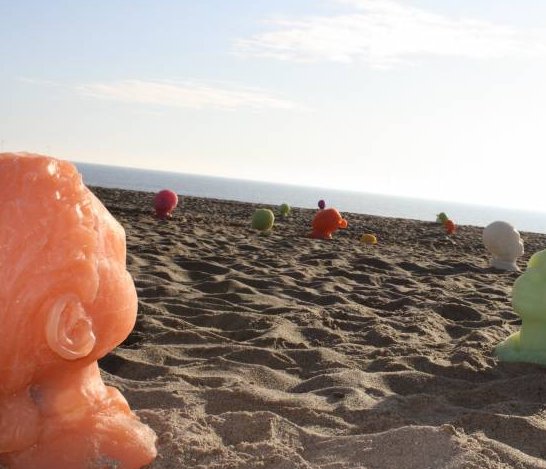 22 coloured silicone childrens head forms temporarily installed just north of the pier on skegness beach. Up close the work created an intimate and reflective viewer encounter, generating a large volume of public interest and interaction. Viewed from afar the forms melted into the landscape, appearing as tiny blobs of colour described by one viewer as if 'a giant had spilt his jelly babies on the floor'. The work builds on Hacketts oppositional strategy to the historically macho strands that still dominate the field of british sculpture.

Situated in the open landscape, the material presence of the semi translucent rubber heads changed radically in essence from the playful to the uncanny with the shifting light and the changing sky.

The silicone boys was production funded by arts council england